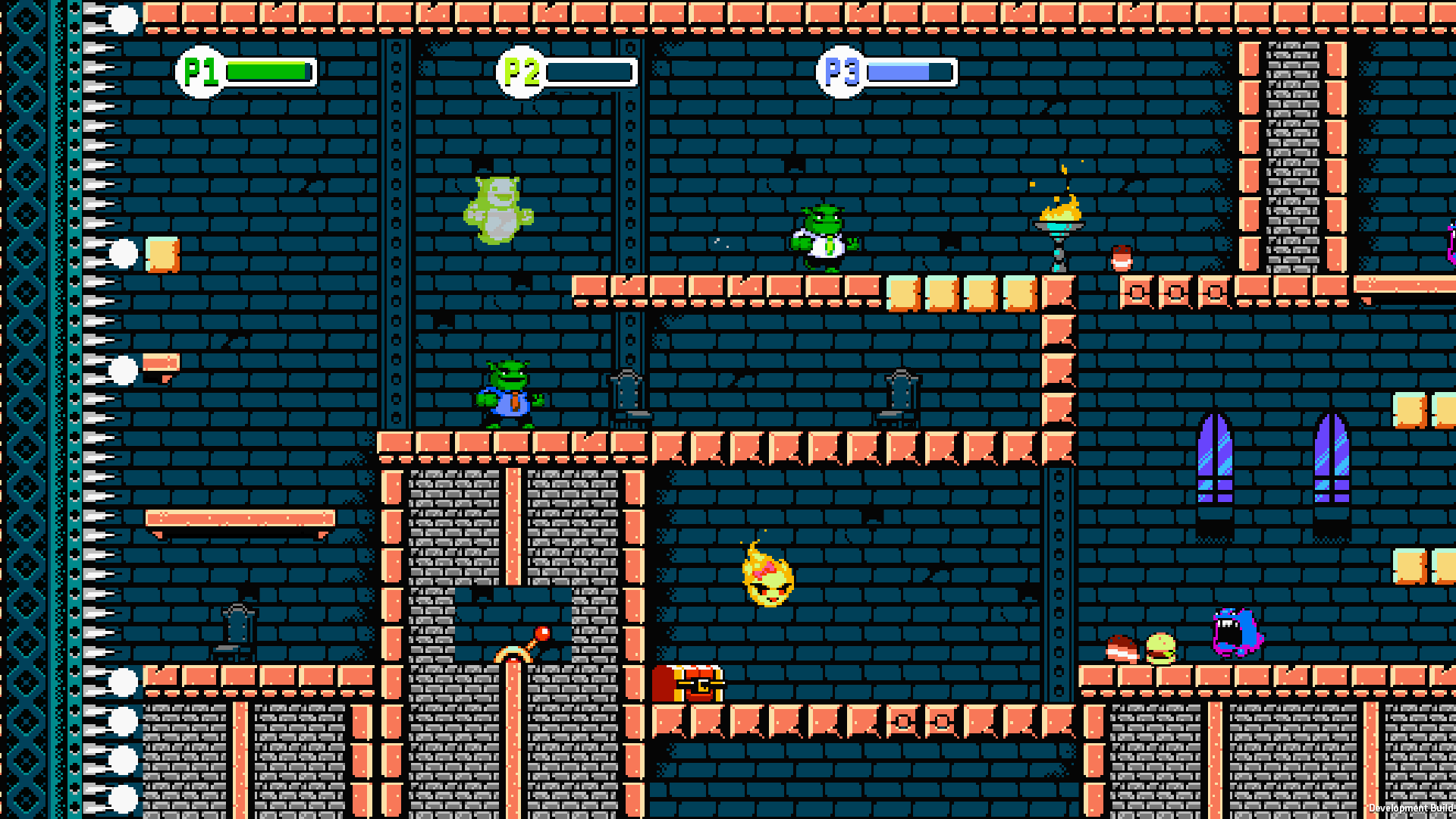 Competitve Multiplayer Sidescrolling Platforming! Playing as one of a group of trolls you must jump, battle and solve puzzles in procedural dungeons, set traps for other players or sometimes team up to take down another troll.

The game originated as slightly different take on Thomas' game he had recently launched on Newgrounds; Climber, check it out here:

Over iterations it changed to a horizontal scrolling beat em up style game, and was looking and flowing pretty good by the prototype stage. Was mainly shelved due to time commitments on other projects.

My role was mostly limited to a bit of help with Quality Assurance when needed.